Ajj De Ranjhe is an upcoming Punjabi film directed by the renowned director Manmohan Singh or Manji as he is referred to in the industry. The movie release date is Sept 7, 2012.  It is also to be expected to be screen in Pakistan as well.  The movie has Aman Dhaliwal and Gurleen Chopra in the lead.  Gurpeet Ghuggi and Rana Ranbir are likely to keep the audience tickling with their comedy.   Kimi Verma and Darshan Aulakh, who is also responsible for on-ground production, complete the star cast.

About the movie, the story takes on the police and public relationship in a way that makes one wonder why the public should afraid to approach the police and tries to improve the image of cops.  Furthermore, the subject of drug abuse is also touched upon in the backdrop in a subtle way.

Seen as one of the icons in the revival of Punjabi Cinema, Manmohan Singh, mentioned in an interview that Reliance would be producing the movie and that this is the first time in Punjabi cinema.

It is also interesting to note that Param Dhillon will be doing the editing of the film.  If the name does not ring a bell, then he was the editor of the Bollywood movie, Delhi Belly.  Param steps into Punjabi cinema with this Manmohan Singh movie. 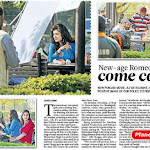 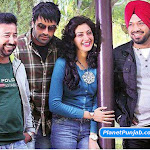 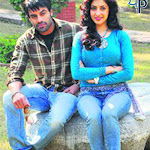 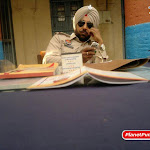 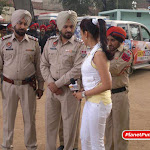 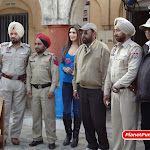 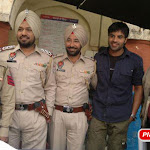